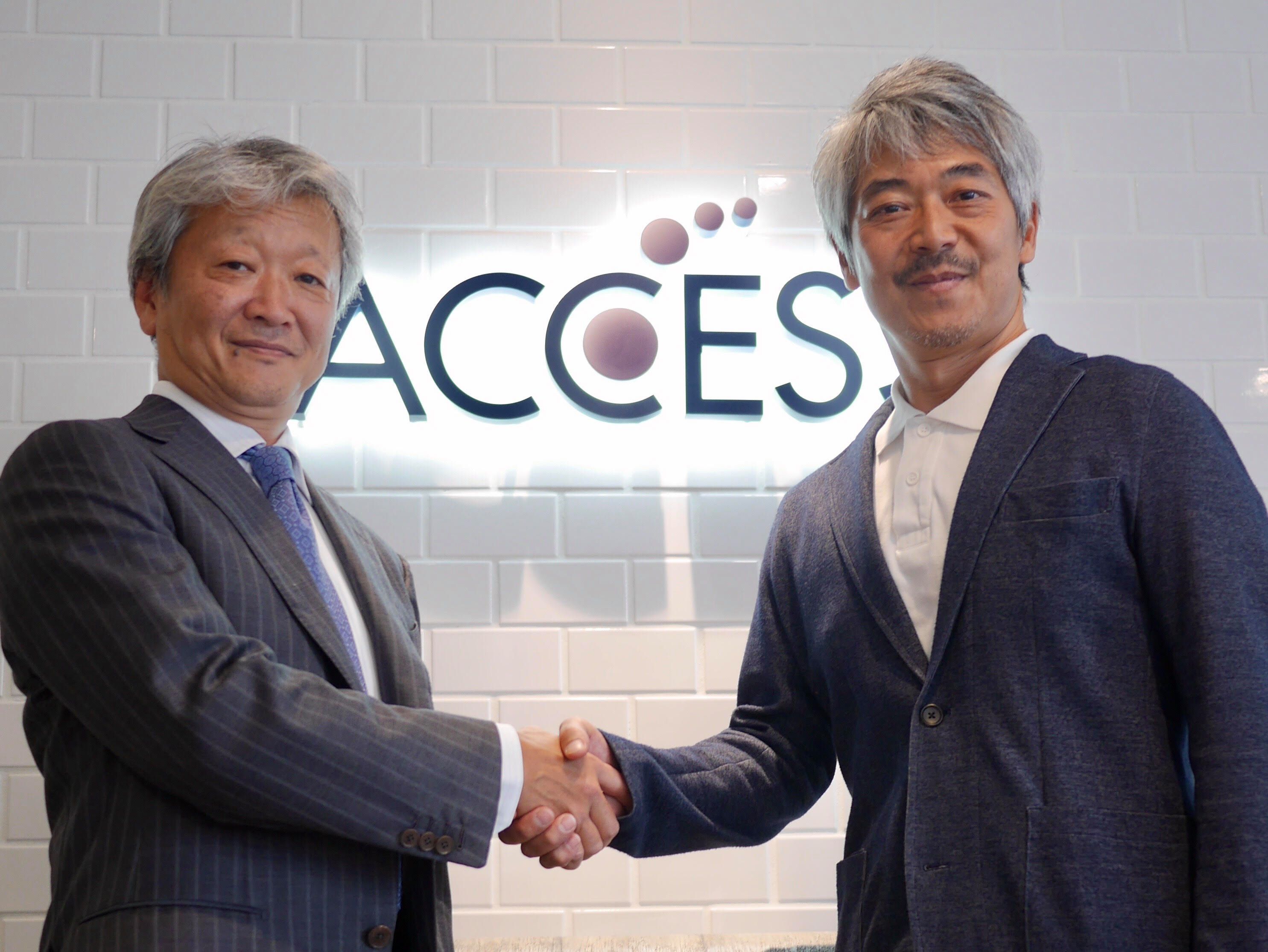 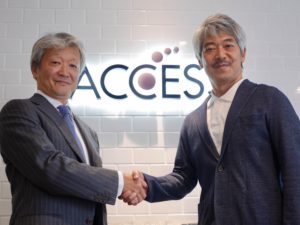 From left to right, President & CEO of ACCESS Kiyo Oishi
and CEO of Aeronext Keisuke Toji

Prototype of the Next DELIVERY®︎ mass-production drone

Through this business partnership, Aeronext and ACCESS share a vision of working towards the realization of a drone-based society and the economic opportunities of a new airspace. The companies will create high value-added next-generation drones that will greatly expand industrial applications. This will be achieved by integrating Aeronext’s innovative drone architecture – such as 4D GRAVITY® – while autonomous flight control software for drones will be developed by ACCESS, utilizing its advanced technological capability and extensive track record in wide-ranging field of IT software.

The first step of the partnership will see Aeronext and ACCESS working jointly with their partner company Kobashi Industries Co., Ltd., an agricultural machinery manufacturer. The companies will develop Next DELIVERY®, a mass-production drone for home delivery equipped with 4D GRAVITY®. Next DELIVERY® is designed for horizontal transportation without tilting packages, offering new possibilities in home delivery drones by enabling the delivery of medical and precision equipment as well as the delivery of meals, which are difficult with conventional drones.

In conjunction with the mass-production of the Next DELIVERY® model drone, ACCESS will develop and provide autonomous flight control software technology, while Kobashi Industries will develop and provide a prototype mass-production drone body. The three companies will carry out test flights this year, with commercialization targeted for January 2020 or later following demonstration trials.

In addition, Aeronext and ACCESS will collaborate with Change Inc., a company partnering with Aeronext, with an eye towards creating a drone data service platform and making significant progress in the application of industrial drones throughout society.

ACCESS provides advanced IT solutions, based on high memory-efficient mobile software technologies that are its core competencies since its foundation, to a wide range of industries including communications and broadcasting, automobiles, and consumer electronics around the world. The company is currently focusing on the development of IoT solutions that provide comprehensive IT solutions ranging from sensor devices compliant with a wide range of wireless communication standards to cloud integration and administrative screens for service providers and has an extensive track record in commercialization. Through the partnership with Aeronext, ACCESS will consolidate its technological capabilities and know-how to venture into a new business domain by developing autonomous flight control software for industrial drones.

About Aeronext Inc.
Aeronext is a drone laboratory for drone architecture designed to achieve ideal aircraft designs for UAVs and multi-copters. Aeronext has developed a strong patent portfolio for the adoption of its original center of gravity control technology, 4D GRAVITY®, a standard technology that improves stability and increases efficiency. Aeronext conducts its 4D GRAVITY® technology license business globally.
Learn more about Aeronext at https://aeronext.com/company/

About ACCESS CO., LTD.
Since 1984, ACCESS CO., LTD. (Tokyo Stock Exchange Mothers Index, 4813) has provided advanced IT solutions centered around mobile and network software technologies to telecom carriers, consumer electronics manufacturers, broadcasting and publishing companies, the automotive industry and energy infrastructure providers around the world. The company develops mobile software solutions that have been installed on over 1.5 billion devices, and network software solutions that have been used by over 300 telecommunication equipment manufacturers. Utilizing its network virtualization technology skills and knowledge, the company is currently focusing on the development and commercialization of Internet of Things (IoT) and media solutions that combine embedded and cloud technology. Headquartered in Tokyo, Japan, the company operates subsidiaries and affiliates in Asia, Europe and the United States to support and expand its business globally.
Learn more about ACCESS at https://www.access-company.com.