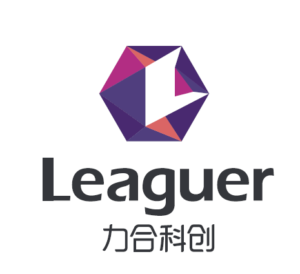 Aeronext’s unique “4D GRAVITY®” technology for center of gravity control is a fundamental re-examination and development of the structure of UAV aircraft, and represents stability and reliability not possible with conventional drones. This means an expanded range of applications for drones. We have already announced several prototypes of drones equipped with 4D GRAVITY® in our industrial drone “Next” series, capable of a wide range of applications.

In May, we established a new subsidiary, Aeronext Shenzhen Ltd., in Shenzhen City to enhance our 4D GRAVITY® technology license business in the Chinese market.

A milestone in Chinese market development was the “Nanshan Entrepreneurship Star Contest 2018” competition held in Shenzhen last November, where won both the third place prize overall and the Intellectual Property Award. This event was held by Nanshan District People’s Government of Shenzhen City and the National Qualifying Round at “Nanshan Entrepreneurship Star Contest 2018 Shibuya” in Japan where Aeronext won was held by RITS and Leaguer.  We are grateful for all of the support from Leaguer, RITS, as well as Shenzhen City Drone Industry Association regarding business development in China.  We also grateful for the support from Mizuho bank, who was one of the support companies for the National Qualifying Round at “Nanshan Entrepreneurship Star Contest 2018 Shibuya”, ranging from preparation to actual establishment of operations in China.

Established in 1999, Leaguer is a subsidiary of RITS, co-founded by Tsinghua University, the top Chinese school in China, and Shenzhen City Government, and is one of the earliest technology innovation services institutions in China. It focuses on technology industrialization, management of industrial parks, investment activities, and promotes and supports efforts to generate technology innovation. Since its establishment, it offers innovation resources and funding opportunities, entrepreneurship, business expansion support, and more, and has an extensive track record in supporting a wide range of technology companies.

Aeronext’s alliance with Leaguer, who actively supports technology innovation in China, is a major step toward achieving Aeronext’s vision of developing a “drone premised society” and “the new airspace economy”, and advancing industrial drones.

【About Aeronext Inc.】
In order to develop the optimal design for Unmanned Aerial Vehicles (UAVs) and multicopter airframes, Aeronext researches Drone Architecture. Aeronext’s guiding principle for drone architecture is attitude control, and its center of gravity control technology, 4D GRAVITY®. 4D GRAVITY® is the core of multiple strengths Aeronext bring to drone architecture.  The company is established in 2017.
*For details on Aeronext, please see: https://aeronext.com/company/

【About Leaguer Group Co. Ltd.】
Established in 1999, it is one of the earliest technology innovation services institutions in China. The company is affiliated with Shenzhen Tsinghua University Research Institute (RITS), co-founded by Tsinghua University and Shenzhen City Government, which is one of the top Chinese schools in China, mainly devoted to technology industrialization, management of industrial parks, and investment businesses. In 2015, Shenzhen Tsinghua University Research Institute won the “Guangdong Science and Technology Award Special Award”, which is the highest award in science and technology innovation in Guangdong Province. RITS is a partner of JETRO Innovation Program (JIP) Shenzhen Program.

*Aeronext, the Aeronext Logo, 4D Gravity®︎, are all trademarks of Aeronext Inc. Other trademarks and logos herein are properties of their respective rights owners.