Aeronext Inc. (Shibuya-ku, Tokyo; CEO: Keisuke Toji; hereinafter “Aeronext”) is pleased to announce that on January 24, 2022, Aeronext CEO Keisuke Toji has been appointed as a member of the Concept Committee for the formulation of the Intellectual Property Promotion Plan 2022 by the Minister of State for Special Missions (Intellectual Property Strategy) Kenji Wakamiya.
This will be Mr. Toji’s third term as a member of the Concept Committee, following the terms last year and the year before last. The current term will end on June 30, 2022.
We are also pleased to announce an additional appointment as a member of the Study Group on the State of the IP Ecosystem Centering on Startups and Universities. The committee will identify issues related to the IP ecosystem for interested parties, including startups, universities, and large corporations, and will examine measures to deal with these issues from a broad perspective. The committee’s term of office will end on June 30, 2022. 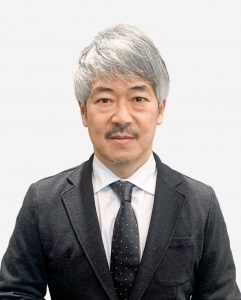 Aeronext has built a strong patent portfolio to incorporate 4D GRAVITY®︎, a proprietary structural design technology that improves the stability, efficiency, and mobility of industrial drones by optimizing the aircraft’s center of gravity, as a standard feature of industrial drones, and is promoting a partnership-based platform business globally based on the 4D GRAVITY®︎ license. Our technology and business model have won praise from various fields. Aeronext was the first venture company to win and the Excellence Award in the Manufacturing and Technology at the CEATEC AWARD 2018 held at CEATEC JAPAN 2018 in Tokyo, as awarded by the Minister of Economy, Trade and Industry, in addition to many other awards from around the world.

Aeronext attaches great importance to IP strategy in its domestic and international business development, and places IP strategy and management at the center of its business. We have an in-house Chief IP Officer (CIPO) and Licensing Officers who are experts in intellectual property and licensing, and we strategically build our patent portfolio not to protect our technology but to spread it around the world as quickly as possible. Since its establishment in April 2017, the company has already applied for more than 300 domestic and international patents.

Mr. Toji, the CEO of our company, has over 18 years of experience practicing management specializing in intellectual property strategy as the CEO of Interactive Program Guide (IPG), where he led the spread and marketing of the electronic program guide “G-GUIDE”. In addition, he co-founded DRONE iPLAB (DiPL), a company that supports the development of the drone industry through intellectual property (IP), which later formed a capital alliance with Aeronext, and he has extensive experience and know-how in management specializing in intellectual strategy.
In continuing to serve as a member of the Conceptual Committee, Mr. Toji will contribute to the formulation of the Intellectual Property Promotion Plan 2022 promoted by the government, based on his extensive experience and knowledge.

Reference
【About Aeronext Inc.】
Aeronext, an IP driven R & D technology startup for next-generation drones, is a company that designs the sky through technology to create a world where the sky becomes a social infrastructure, is economized, and solves social issues through drones. Our core technology is 4D GRAVITY®︎, a unique structural design technology that improves basic drone performance such as stability, efficiency, and mobility of industrial drones by optimizing the center of gravity of the aircraft. In order implement this 4D GRAVITY®︎ as standard equipment on industrial drones, we have constructed a strong patent portfolio and are promoting a partnership-based platform business for the 4D GRAVITY®︎ license globally.
Aeronext has also founded a subsidiary to implement the SkyHub® smart logistics and pursue drone delivery.
*For more information: https://aeronext.coｍ/company/

【Profile of Aereonext CEO Keisuke Toji】
In 1991, Mr. Toji joined Dentsu Inc. and worked mainly in the area of sales promotion, before taking on new business development. Mr. Toji then focused on electronic program guides (EPGs) in the wake of the digitalization of television broadcasting and in 1999 founded Interactive Program Guide, Inc. (IPG), a joint venture between Dentsu and Gemstar Inc. of the United States. As CEO, he helped popularize and market G-GUIDE, which became the standard for EPGs. In July 2017, Mr. Toji co-founded DRONE iPLAB Inc. (DiPL) and became its Executive Vice President, and joined Aeronext Inc. as its CEO in November 2017, leveraging the capital and business alliance with DiPL. Born in Himeji City, Hyogo Prefecture, Mr. Toji graduated from Osaka University with a degree in Architectural Engineering.

*AERONEXT and the AERONEXT logo, as well as “4D GRAVITY®” is a trademark of AERONEXT Inc.
*Other company names and product/service names mentioned in this press release are registered trademarks or trademarks of their respective owners.